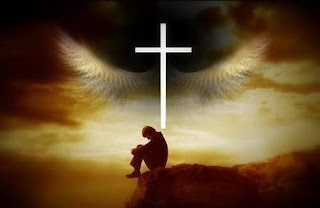 God’s protection has been working since the beginning of time.  His protection was present in your life and mine since we were born, and it will continue on through our death.  Let’s look at some examples through history in the Bible.  The first one which comes to mind is in Exodus 2 where Pharaoh wanted the newborn baby boys dead, but God had a way to protect them, where Miriam the sister of Moses made a special basket to put baby Moses in it and took him to the Nile River.  This river is where the Pharaoh’s daughter went down to bathe, and her attendants were walking along the river bank, and she saw the basket among the reeds and sent her slave girl to get it, opened it and saw the baby where he was crying, and she felt sorry for him. She noticed that it was a Hebrew baby, and his own sister Miriam who was her slave went to get the baby for the Pharaoh’s daughter, who could not have children of her own.  The nurse who really nursed him was his own mother.  Now you tell me if that wasn’t God’s leading, guidance, plan and protection.  Another good example from the Old Testament is found in Daniel chapter 3, where king Nebuchadnezzar made an image of gold and wanted everybody to worship, then he summoned the three Hebrew young men: Shadrach, if it was true that they worshipped the one true God. Their answer was that their God will deliver them from the fiery furnace without any doubt.  Now, they show us that they did have enough faith, mind you; they were three so the force was stronger.  And we can remember what happened by the reply of the king in Daniel 3:25 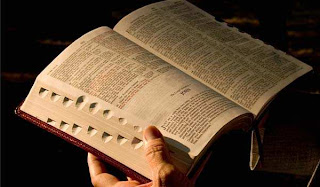 “He said, “Look! I see four men walking around in the fire, unbound and unharmed, and the fourth looks like a son of the gods.”  Then in verse 26: “Shadrach, Meshach and Abednego, servants of the Most High God come out! Come here!” “Everybody saw that they had not harmed their bodies, nor was a hair of their heads singed; their robes were not scorched, and there was no smell of fire on them.”  “Then Nebuchadnezzar said, “Praise be to the God of Shadrach, Meshach and Abednego, who has sent his angel and rescued his servants!” “Then the king promoted Shadrach, Meshach and Abednego in the province of Babylon.” vs:25-30.
So there we all can have an assurance that in these days that we are living, in a very uncertain times-economically, spiritually and relationally, it is now more than ever that we must hold on to His Holy Word. Even when this old world presses on tougher, you and I must be even stronger and tougher against the wiles of the old enemy.  To confront him and not be ashamed of what we as His children stand for, this is what God wants of every woman, man, and child. Let’s remember we represent Jesus Christ at all times, everywhere we go, in whatever social circle we may be found.  He waits for you and me to make a move that will tell and show the world His great message, just like the three Hebrew children. Remember that if they went through tough times back then, don’t you think we can come to those kinds of tough times in these days we are living?  And are you going to move forward equipped with the whole armor of God, giving the right answer to whoever asks such questions which King Nebuchadnezzar did?  I’ll leave you with that thought.
Now, there is yet another great example of God’s protection.  Found in Matthew 2 where the visit of the Magi in the city of Bethlehem in Judea, “Where is the one who has been born king of the Jews? We see his star in the east and have come to worship him.” “When King Herod heard this he was disturb, and all Jerusalem with him.”  “Then Herod called the Magi secretly and found out from them the exact time the star had appeared, He sent them to Bethlehem and said, “Go and make a careful search for the child, as soon as you find him, report to me, so that I may go and worship him.”  You can see that king Herod was only trying to trick them, which the magi caught it very quickly, but what did they do? They really worshipped Jesus the real King to be. And they did not go back to the king. Verse 13: “When they had gone, an angel of the Lord appeared to Joseph in a dream, “Get up” he said, “take the child and his mother and escape to Egypt.  So it goes on to say that Joseph and Mary took the baby during the night and left for Egypt, where they stayed until the death of Herod.  Now, this incident was a prophesy through Jeremiah, which was fulfilled.
You may read it in verse 18. Was Jesus protected? No doubt.   Let me ask you this question: are there any children being born today from an illegitimate relationship, where the child is being forced to be taken away from the mother or to commit abortion? Then, the answer to many of these cases are good ones, where they save the baby, or even put them up for adoption into good homes.  These children are very special, and some become outstanding children giving great contribution to their adopted families and society.
You can be sure of having God’s protection in your life today, if you but let him.

Voice of the Family 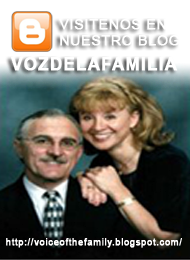 Voice of the Family